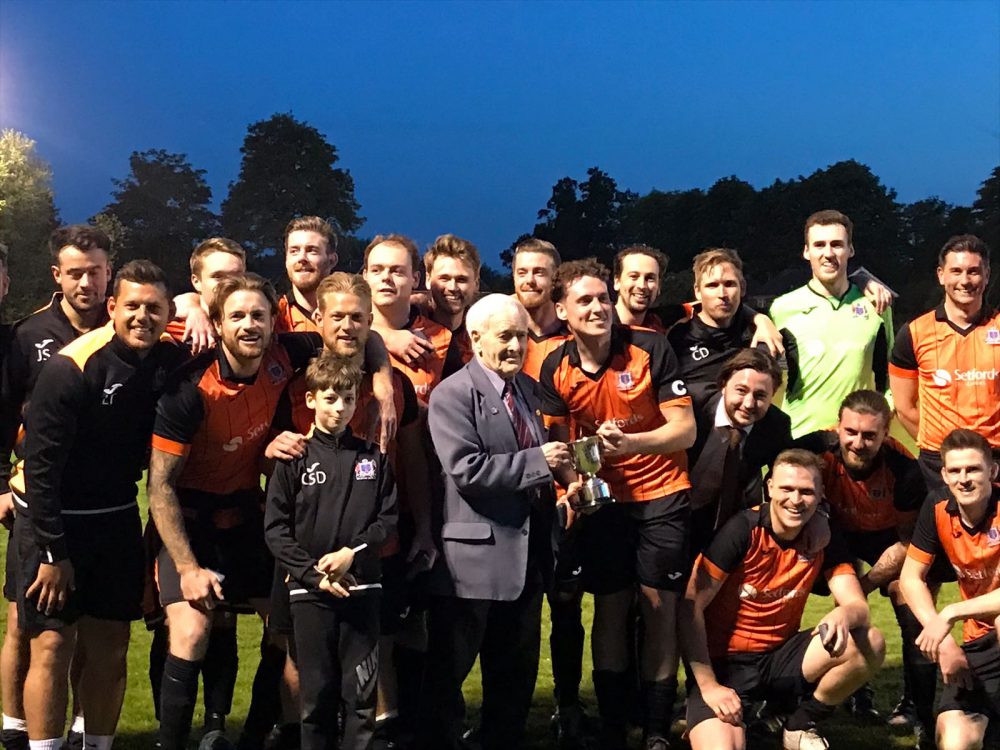 Guildford United FC hit six with no reply against Windlesham in the Cyril West Invitation Trophy Final on Thursday night. A sensational performance that sees GUFC confirm a League-Cup double and capping off a superb year. Whittaker ran riot by bagging himself a hat-trick before half-time. A towering header, a thunderous 20-yard strike and a left-footed volley. All sublime finishes from the club’s top scorer. Following the break, he managed to add another tidy finish from a mesmerising Tidbury cross. GUFC weren’t done yet, the team continued to push forward and added a fifth through a confident Knapman strike from the right side of the box. The game was all but done when Callum West, who’d come on as a substitute minutes prior, was given the ball and struck a beauty that swerved into the corner of the net. 2017/2018 draws to a close and concludes Guildford United’s most successful season in the history of the football club.