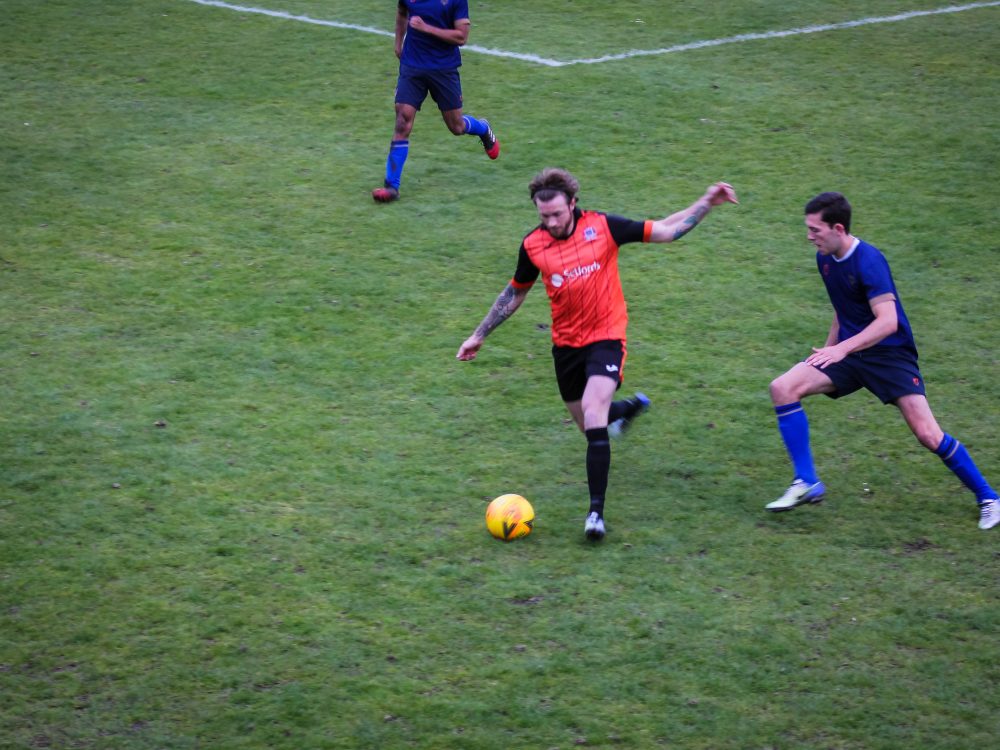 GUFC started positively with both wide players and full-backs causing a host of problems for the opposition. At the defensive end, Phil and Trinder were battling against Parkside’s strong strike partnership.

Guildford began to use the ball well, Parkside began chasing after the game. After some doing, their resistant defence was broken down as Carpo flicked on a long ball to Vinny who finished on the volley from the edge of the box.

The game began to open up after Vinny had broken the deadlock and the Doots began to create further chances through Carpo and Knappers, only to find the Parkside keeper’s hands.

Parkside started to come back into the game by winning set pieces and looking dangerous from the resulting free-kick. As they pushed on, Guildford almost shot themselves in the foot as some confusion led to the ball being left for the Parkside striker, only for the defence to recover from their initial mistake.

With 10 minutes of the first-half remaining the game was completely turned on it’s head as the Parkside winger saw a second yellow card following a lunging tackle on Ben Fox. The resulting furore led to Parkside seeing a second red card in the space of a minute for an apparent headbutt off of the ball. PU down to 9.

Following a message of patience from the coaching staff, the lads went out in the second-half looking to put the game away past the nine-man opposition. The game became frustrating with Parkside defending strongly and valiantly despite GUFC having a huge amount of the possession. The breakthrough came via Will Sharman’s corner, which was whipped in for Leigh Jenko to flick his header into the far corner.

The boys continued to press and began delivering more balls into the box only to find the heads of Parkside’s back-line. The third goal soon arrived as a great ball from Tidbury found Vinny in open space, and he finished finely from the edge of the box.

As the game trundled on, GUFC became complacent and Parkside pulled one back through a quick throw which found an unmarked forward, who subsequently slotted home.