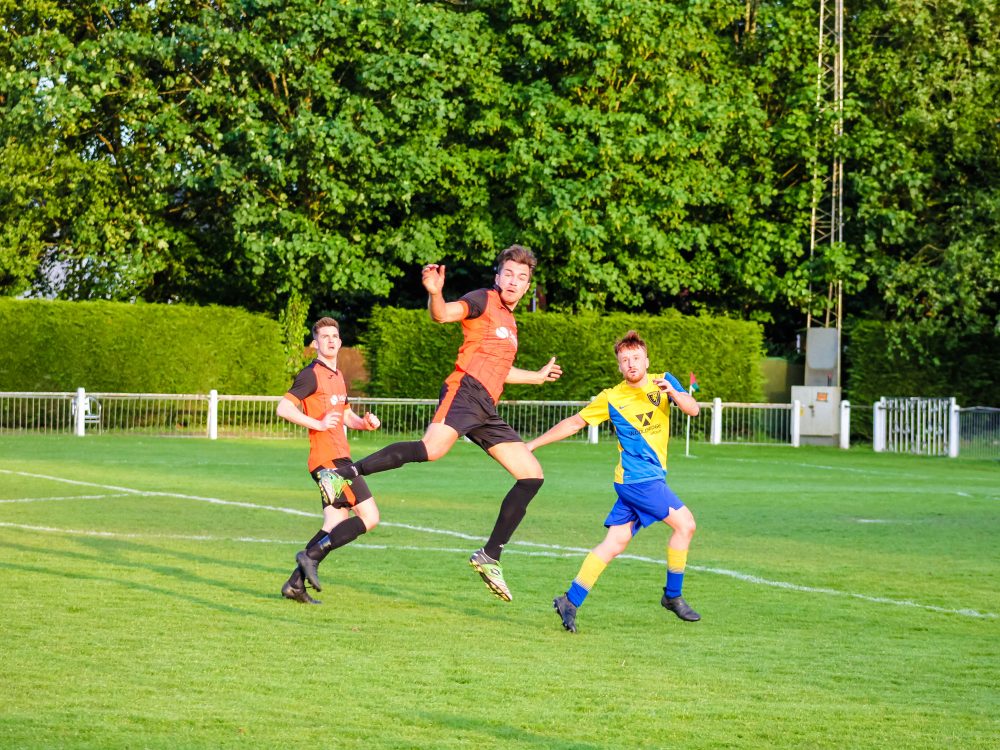 After a great start away from home, GUFC held their first home match of the new season versus Milford & Witley.

The game got underway as both teams were relatively scrappy, but Milford & Witley started in the ascendancy. Much of their pressure coming down the left-hand side, they had the first of the chances as Mal saved well and the Doots’ defence struggled to clear on a few occasions. Another slow start from the lads.

However, despite the sloppy start, Guildford were soon ahead through some great work down the left hand-side from Carpo. He cut in across the byline before squaring it to last year’s top scorer, Whitsy.

1 soon turned to 2. Great feet from Leigh Jennings who was playing in a deeper role than his usual attacking position who slotted the ball nicely to Vinnie who’s subsequent shot was parried into a wide-open Carpo.

GUFC began to dominate the game and maintain significant possession. Many long-throws and corners put the Milford & Witley defence under huge amounts of stress. Finally one of them resulted in a goal as Tids swung in a corner, Vinnie’s header was blocked on the line but LT (Tom) was on-hand for an overhead kick finish. The game was put to bed ahead of half-time as Carpo squared the ball to an open Knappers who punted the ball into the far corner.

The second-half was much less eventful, but the Doots dominated the ball and the match, only progressing forward when necessary. Some strong chances for Whitsy and Will, but to no avail. Heading towards a comfortable GUFC win, as Westy lept and headed the ball down the inside-left channel and Carpo left the defence for dead lashing the ball into the top right-hand corner.

Not quite done for the day, another dangerous corner went over the head of the M&W keeper. Westy kept the ball alive and after a scramble, the ball fell to Whitsy who’s outstretched leg knocked it perfectly into the path of Phil, who placed it into the empty net (Will won the corner).