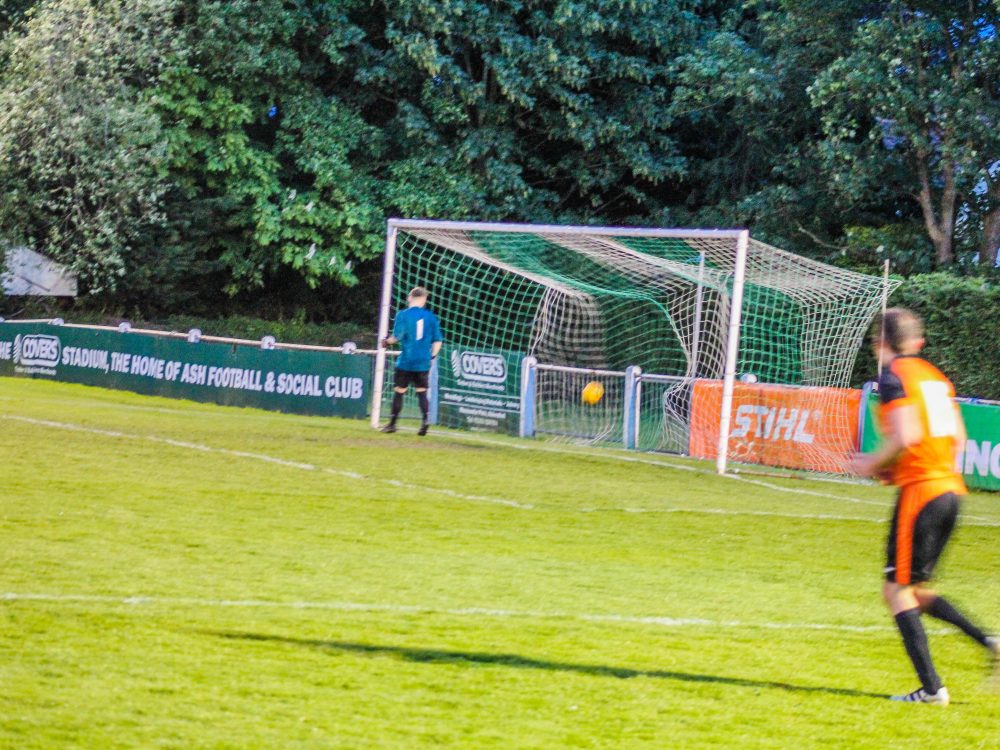 After a perfect start from GUFC, the lads faced their toughest test yet with a Cup contest versus Shottermill & Haslemere. The opposition had made an equally strong start to their season with victories against some top sides in our league.

Deans and Dicko fielded a very strong squad, and on a miserable afternoon, the Doots made an early breakthrough in the midst of a scrappy affair. It was evident early on that set pieces would be key given the presence Guildford had in the opposition’s box, and this paid off after a beautifully swept in corner from Tidbury found the head of Whitsy. The ball flew past the goalkeeper and evaded their back-post marker.

It only took a matter of minutes before Shottermill & Haslemere found themselves on a level footing. Looking dangerous on the counter attack, the ball was played through to the striker and after some lacklustre defending, he found his counterpart who slid the ball past Mal.

Despite the early breakthrough, GUFC struggled to maintain composure in possession by often looking for a longer-ball. On the occasions where there was calm, the Doots looked healthier and more productive. However, these were very much few and far between. Shottermill countered once again by winning the ball back in midfield with a ball over the top which Ads and Phil failed to deal with, leaving the opponent to hit the byline and cut the ball back for an easy finish.

The disappointment continued with Guildford struggling to get any sort of a foothold in the game. Wayward passes, lack of organisation and an absence of intensity all led to the worst first half of football that GUFC have played this season. Shottermill made it three before the break as they counter attacked down the right-hand side, outnumbering United and playing some neat football before their right winger finished finely into the far top corner from the edge of the box.

Some stern words from Guildford United’s coaching staff and staring down the first defeat of the season, GUFC knew they had to begin with a bang. More grit, determination and class were required, which is a very rare requirement from the usual-focused Doots.

Guildford did exactly this by coming out and dominating the ball. Moving the ball better through the midfield and starting to put pressure on the ball when out of possession. An early response came through another valuable set-piece. A free-kick from forty yards on the right, Tidbury lined up another delicious cross which was dipping as Tom Carey got low to head into the bottom corner.

This goal gave the lads a shot of enthusiasm and the result was a much better footballing performance married with energy and buzz. Getting themselves more into the game, chances start to come. Set pieces remained dangerous with Tidbury delivering, crosses into the box were threatening but being dealt with well by the Shottermill centre-backs. Carpo had a great opportunity after some great play on the right but unfortunately fired over the bar.

Guildford’s best efforts were unravelled with some awful luck. A throw-in on United’s right, led to a shot which was blocked, and the ball was laid backwards to Shottermill’s central midfielder who struck the ball powerfully, but looking like it was destined to go wide. The ball cannoned off of Phil’s foot as he tried to prevent the goal, but it redirected the ball into the opposite corner of the goal, leaving Mal stranded.

This proved a real shock to the system and took the steam out of the forward-progressing GUFC. Despite the goal, Guildford were much better the second-half and responded well to the adversity. Getting about the pitch better, creating more chances and using the ball more effectively. Shottermill finished the game with a poorly defended goal to sew things up. A chipped in free-kick that didn’t look too problematic, Mal came out to claim only to be beaten to the ball and the forward flicked a header over him.

A poor result and a poor performance leave Guildford United with one win and one loss in the Cup competition, and a fixture against a strong University of Surrey side to come in the final group contest. The lads need to improve dramatically if they’re going to make it to the next round.