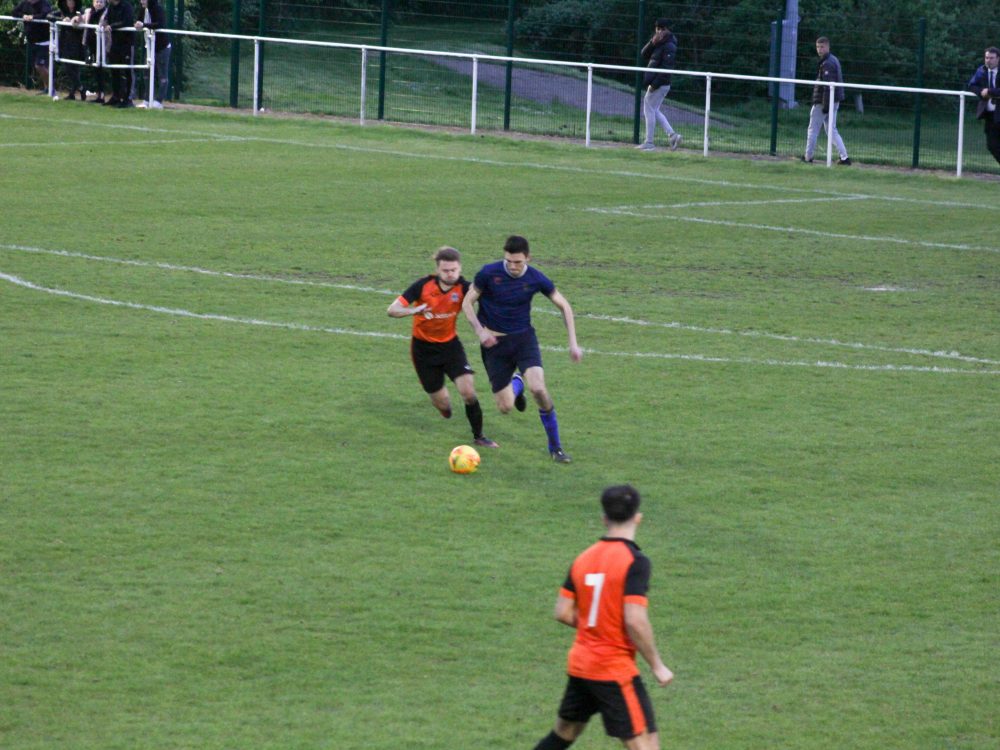 GUFC headed to Surrey Sports Park to try and put last week’s cup fixture behind them and last season’s cup final defeat, as they came up against University of Surrey. A side that Guildford will play twice in two weeks, once in the league and once in the cup.

Conditions the polar opposite to last week, the boys began strongly, circulating the ball well and taking the upper-hand. United pushed on and began finding space behind the back four. Carpo and Greg proving a real handful for Uni’s defence.

Despite being the much better side in the open exchanges, it was University of Surrey who took the lead. A ricochet following a throw-in meant the ball fell at the feet of Uni’s captain, who swept the ball into the top corner from the edge of the area. Fine finish from the skipper but firmly against the run of play.

The goal didn’t waiver GUFC’s dominance and only ignited the attacking play of the lads. In only a matter of minutes, Guildford were level following a low corner from Tidbury was scuffed into the path of Greg, who’s powerful finish took a slight deflection and found the top corner of the net.

With the score all square, the Doots pushed on began finding gaps at the back through open play and set-pieces. Tom’s famous long-throws finding Knappers repeatedly who kept nodding down neatly but nothing landing at the feet of Guildford United.

Guildford opened the second half the way they ended the first with strong possession play and stretching the opposition. Carpo, Jenko, and Greg all driving them backwards and creating opportunities. However, none of them testing the goalkeeper.

Surrey fell further behind in possession, and Guildford’s forward line kept breaking the defensive line. The breakthrough finally came from a great Carpo move, who was too sharp and alive for the centre-back and was subsequently tripped. Penalty to GUFC, and no guarantees of scoring given this season’s record! Knappers stepped up and stroked the ball into the left-hand bottom corner.

Surrey made some strong substitutions but GUFC continue to dominate with crosses being whipped into the box from the right-hand side regularly, but never finding a convincing finish. Leigh and Will had terrific efforts but none finding the target. Carpo managed to dribble past two defenders but unluckily only hitting the post.

University of Surrey managed to survive the waves of attacks and found more success on the break. A free-kick whistled over the bar, and counter-attacks were foiled by Phil, Tidbury, Tom and Tristan. However, they found an equaliser in the dying embers through a fluke cross on their right side, that got caught in the wind and sailed over Mal into the opposite corner.

GUFC couldn’t believe their luck and were suitably devastated, but the character of the side was shown as they took the impetus by pushing further on and grabbing the game by the throat in the final minutes. The Doots built-up expertly on the left-hand side and found an on-running Carpo who left the defender for dead, squaring the ball into a wide-open Will Sharman who knocked the ball into an empty net from inside the six-yard box.

Great spirit and desire given last week’s disappointment and the result should see the lads through the group stages and onto the next round of the Cup. Next up, University of Surrey all over again.