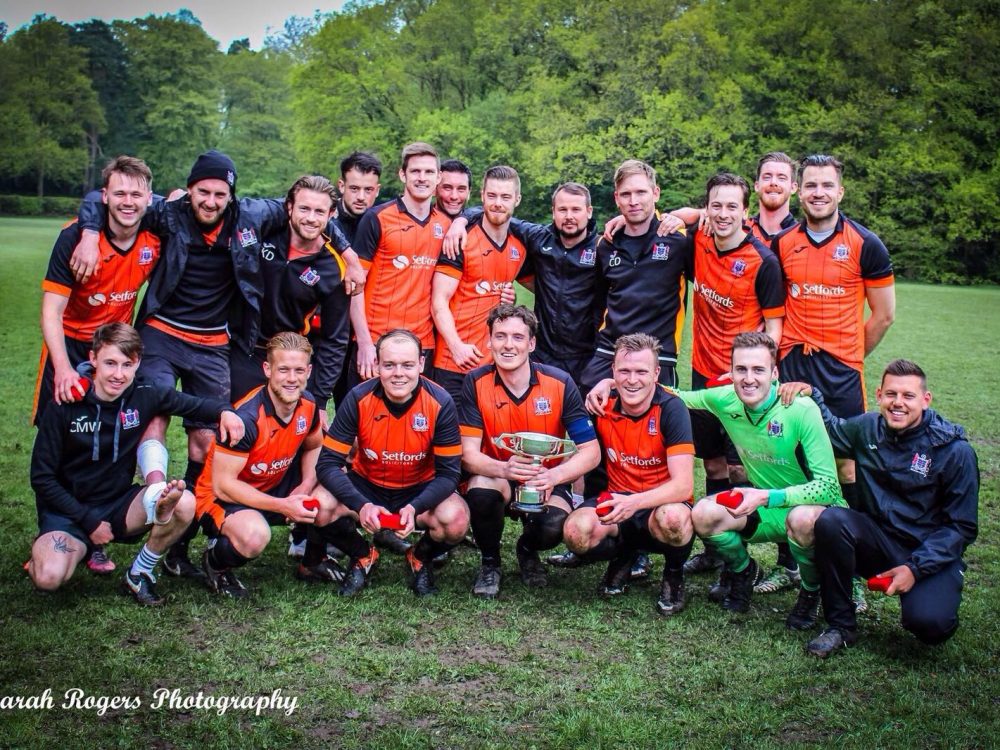 Guildford United’s 2018 was one definitely a year to remember and undoubtedly the most successful since the club was established. Beginning the year in contention for promotion, GUFC went on to win the Surrey Intermediate Division 1 and two cup finals. One loss against a very strong Surrey University side, and an emphatic win against Windlesham in the Cyril West Trophy. The Doots’ first ever League-Cup Double season. Here’s what the coaching staff and the captain had to say on such a stellar calendar year:

COLIN DEANS (MANAGER):
“What a 12 months! Having managed this side for 13 years now I’ve witnessed some great years for the club, but 2018 has been by far the best. A lot of hard work has gone in over the past few years. Attracting new players, sponsors, development on the committee side and working on our playing style. It’s all paid off this year with trophies and awards. As manager, I have to pay tribute to the players and club committee, their efforts, attitude and commitment has been fantastic. I am very much looking forward to 2019 which may have some exciting progressions.”

STEVE DICKENS (FIRST TEAM COACH):
“For GUFC, 2018 has brought trophies and a lot of success. Most importantly, though, we have kept the clubs progression on and off the pitch going. The club has never been in stronger position in terms of finances and personnel whilst also keeping the very important social scene as lively as ever. The ambition of the club is still burning brightly and everything is in place to continue growing as impressively as it has been in recent years.”

LEE TRUSSLER (FIRST TEAM COACH):
“GUFC 2018 – incredible League and Cup Double and a fantastic start to the new season with still being in three competitions. Progression on and off the pitch, financial security, and commitment from every single player and committee member means there are exciting times ahead in 2019.”

SCOTT TRINDER (CLUB CAPTAIN):
“I look back on 2018 with a huge smile on my face. As Captain of this fantastic club I could not be more proud of our performance both on and off the pitch, and the spirit that we have within the group. All of which has contributed to our enviable table position heading into the New Year. A particular and sincere thank you to the coaching staff for their relentless commitment to GUFC in 2018. Their passion, coaching and organisation maintains momentum and our players’ focus on match day. We should celebrate our successes this Christmas break, but know that there is still plenty of hard work to come if we want to realise our potential.”

A huge thank you to the coaches, players, sponsors, committee and all of the people who have supported the club in 2018. All of you have played your part in a seminal year for the football club. Merry Christmas, Happy New Year, see you on the 5th January where it all kicks off again!