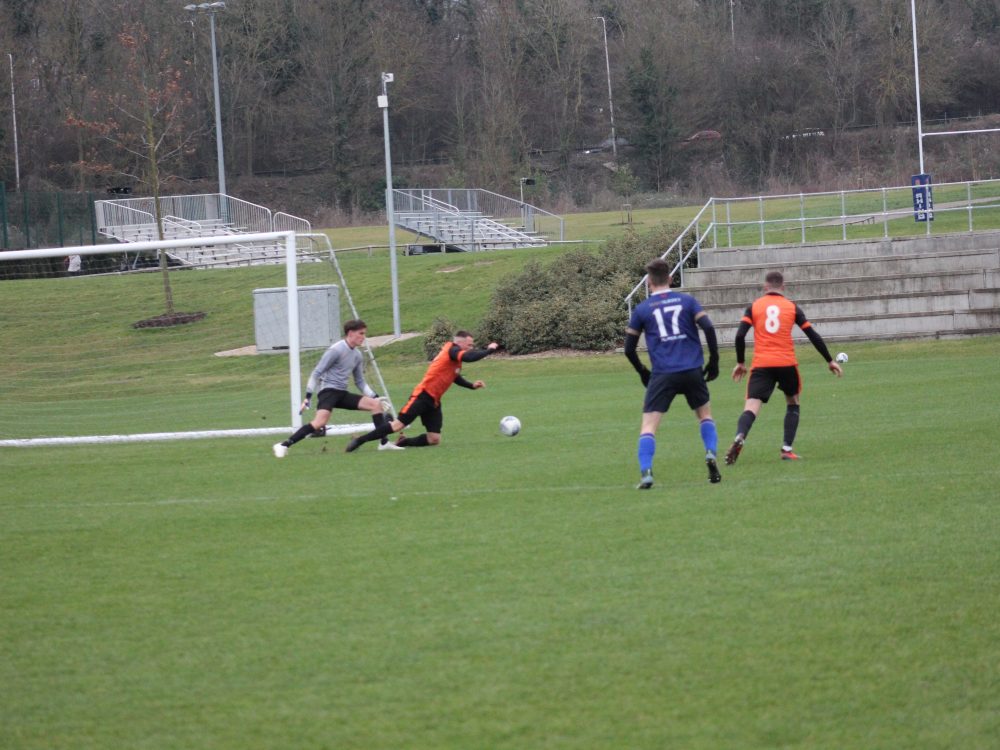 The Doots played their first home fixture of the year against a resurgent Cranleigh side, who had held league-leaders Lyne in their first game of 2019.

Guildford began excellently, with some high pressure and quick ball movement, leading to a few half chances for Carpo and the returning Vinnie. Many of these chances coming from diagonal cross-field balls from Tids. However, GUFC failed to capitalise on their dominance and began to allow Cranleigh into the game. The majority of the first-half was stop-start with an unusual amount of nonchalant fouls leading to free-kicks. Conditions also meant that Guildford couldn’t move the ball as sweetly as normal.

Guildford were restricted to speculative efforts, and Cranleigh weren’t creating anything themselves, but keeping busy and putting pressure on the team. A dull first half.

The second half started with a bit more quality, but Cranleigh began ascending. However, the game was soon turned upside down, as United pushed forward and a great ball across the face of goal for Vin looked a certain goal. Before he could attempt to slot it home, he was bundled over in the box. No whistle blown, meant that Vin tried to kick the ball as the opposition keeper was about scoop the ball. The action led to pushing and shoving, with the referee dishing Vinnie a red card, but the Keeper nothing at all.

Cranleigh enthused by Guildford dropping to 10-men, they began to push forward as GUFC attempted to manage the tempo of the match a bit better, slowing things down and concentrating on possession. Despite lacking an 11th man, The Doots went in front with Phil playing a superb cross-field ball into the far-end of the box that fell to the feet of Trinder who slotted the ball home.

Guildford United changed formation to a 4-1-3-1 and began to control the game and not concede many Cranleigh chances. Cranleigh had one golden opportunity from a cross on the right-hand side. The opposition central midfielder getting behind the back four and glancing a header which was incredibly tipped over the bar from Malice to keep it at 0.

GUFC held on expertly, when they caught Cranleigh on the break with time running out. Carpo received the ball at his feet in the penalty box from Sharman. He shuffled the ball on to his right and was clipped. Penalty to Guildford, and Carpo made no mistake of putting the game beyond Cranleigh.

Not the greatest match, but a very important three points that Guildford worked tirelessly to pocket. Everyone putting in a huge effort in order to keep pace at the top of the league.