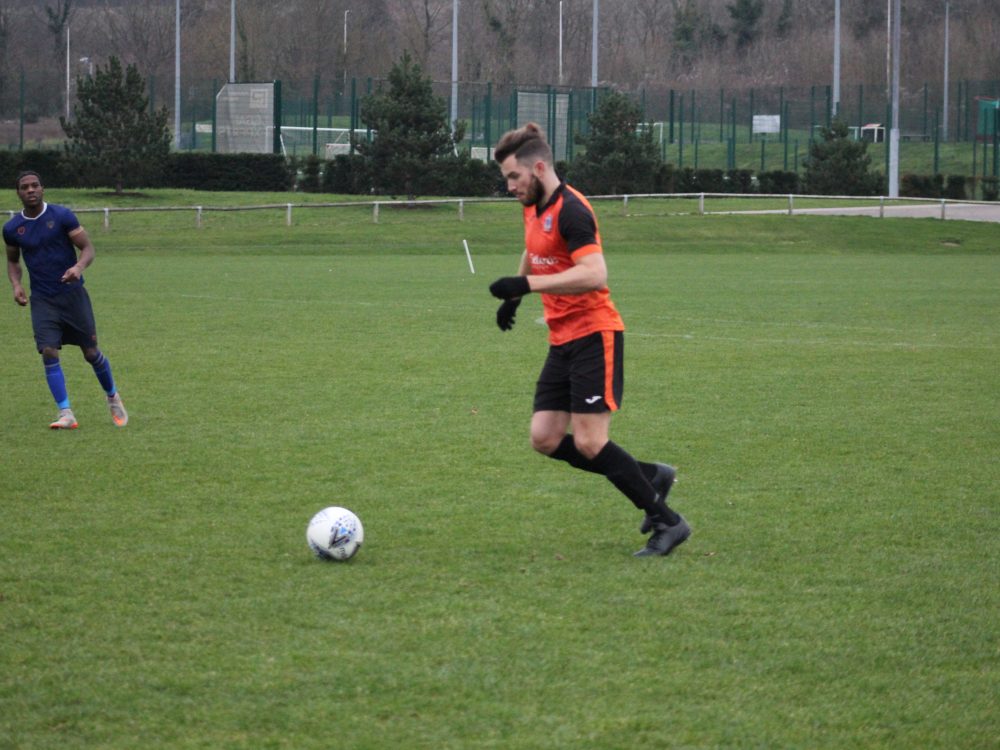 GUFC headed to Milford & Whitley for their final game before the weekend break, hoping to cap-off a perfect January. The home side struggled at the BP earlier in the season, but were missing key players and were at an advantage on their difficult playing surface.

Milford & Whitley began in the ascendancy and attacked well down the left-hand side. Guildford appeared to struggle with the surface, and lacked energy in the open exchanges. Milford began pushing further and further forwards, that still did not provoke any reaction from the Doots.

From another attack down the right-hand side, the ball was cut back across the box which was falling into the path of the Milford captain, but was pulled down by the back-tracking Greg. The number 9 subsequently powered the penalty into Mal’s top-left corner.

It wasn’t long before Milford & Whitley doubled their lead when the central midfielder was allowed to run through the midfield, into the box and shoot the ball across the box from the left, the ball slowed in the muddy conditions and was left perfectly for the on-running player who scored from a yard out.

2 goals down, nothing created by Guildford, it was a very tough opening 30 minutes and a rude awakening after some great recent results. However, United did nothing to stop the onslaught and shortly before half-time they made it 3. Greg competed for a header in the midfield but glanced it backwards. The ball bounced over the top of Scott and the opposition striker latched onto the ball and finished on the volley.

Quite possibly the worst half of football that Guildford United had played in recent years, the players received somewhat of a hairdryer treatment before heading out to try and pull something back. The fixture looked dead in the water, but GUFC were tasked with being more direct and tougher across the pitch.

Guildford responded well to the cries of Deans, Dicko and Trussler. The lads began to throw themselves into tackles, and the formation change from 4-5-1 to a true 4-3-3 appeared to put more pressure on the Milford back four. Despite having a bit more bottle, chances were still few and far between. Restricted to close-call corners and speculative efforts.

GUFC found themselves a goal back after some strong build-up play meant that Greg took it past the central defender who clattered him in the box leading to a penalty. Carpo finished as he always seems to do, despite a very difficult day for the stranded striker.

Guildford continued to battle and move the ball quicker, but kept alarmed by the Milford & Whitley counter attack. This counter attack would lead to the death blow. The substitute midfielder broke through the midfield and was one-on-one, he seemed to have fallen over under the pressure of Tristan and scuffed his shot into Mal. Only for a penalty to be given. Very questionable decision from the young referee especially due to the fact no appeals were made from the home team. The captain scored their second penalty of the day, and the game was over.

Although the points were lost, there was still time for a consolation goal and Leigh provided it in superb fashion. The ball was high above the ground and as it was dropping around 20 yards from goal, Jenko struck the ball beautifully on the volley and into the bottom corner. Too little, too late.