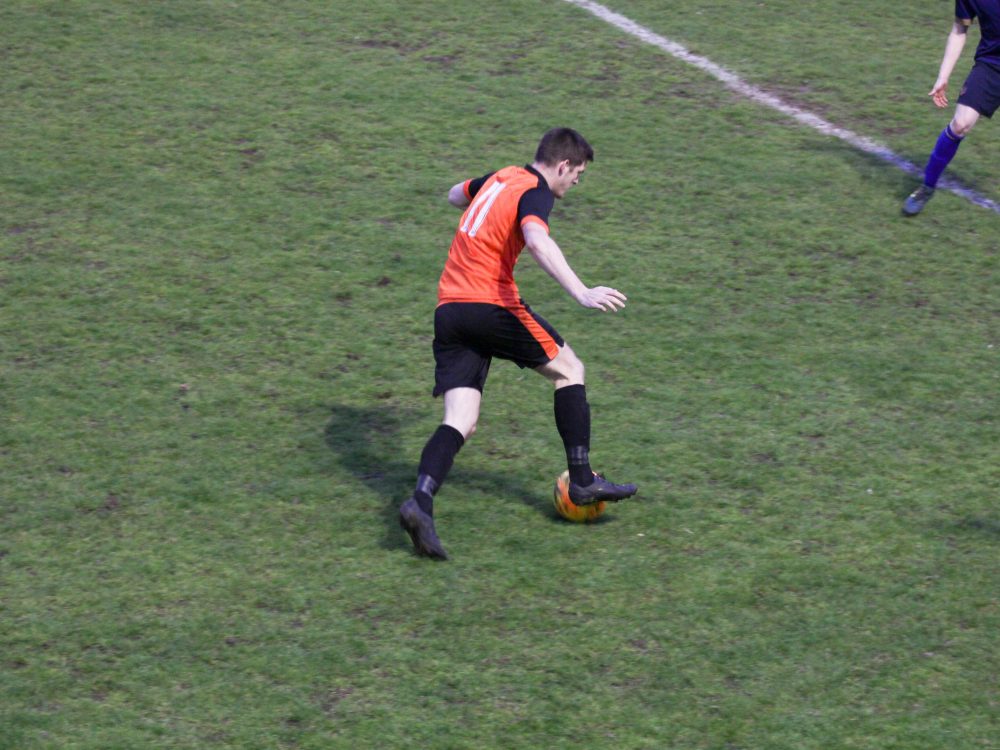 First game of 2019 was a familiar match-up against the University, who Guildford have already played 3 times this season. The University side looked strong despite an early January start, with a few faces not seen since the Cup final last season. GUFC lined up equally as strong with only Vinnie and LT missing from the usual 14.

In cold conditions, it didn’t take long for the Uni to find themselves in front as the Doots failed to organise after giving away a free-kick in their own half. A quick ball through the defence allowed their striker to finish despite Mal getting a hand to the ball.

GUFC were unphased by going behind so quickly, and began to knock the ball around nicely and build themselves into the game. Only 10 minutes later, Guildford were level after some clever work down the left led to a free-kick. Carpo subsequently curled the ball into the box and after some ricochets on the line, Trinder powered home off of the helpless goalkeeper.

The Doots began to dominate and quickly had turned the game on it’s head. Some high pressing from Guildford had pinned the Surrey defence into their final third. The ball eventually reaching their goalkeeper who failed to deal with it, Carpo nicked the ball and had his leg taken from underneath him. Carpo finished the pen into the bottom left-hand corner. Carpo soon doubled his tally after some breakaway play from Phil down the centre allowed him to play a superb ball into his path, and he made no mistake of tucking it away.

Guildford’s structure and pressure were pivotal in turning the game around. Breaking quickly down both wings through Knappers and Will, which caused problems for their defence all afternoon. As the half was dwindling out, Phil broke from the back four again and took on their centre-back who shoved him in the back and a second penalty was awarded. Carpo stepped up to seal his first-half hat-trick.

United knew they had to continue from an excellent first-half performance in order to seal the match off. Surrey still posed a threat. GUFC settled in quickly and began threading the ball through the middle and linking well with Carpo, Knappers and Will. Guildford effectively sealed the game soon after the half, after some excellent build-up play set Foxy off along the right-hand side. He pulled the ball back for Carpo who took a touch and slotted home for his fourth, and eighteenth for the season.

Once the game was sewn, Guildford began calming the play down and building some excellent moves from the defence, through the midfield and up onto the forward three. University of Surrey barely having a sniff except for long-range speculative efforts. The constant defensive pressure paid off after Ads chased down a pass home to the keeper, and manage tackle the ball through his legs and into the empty net.

The game was dwindling out and Guildford controlling the tempo when Guildford, after a series of one-twos, left the ball at Knappers’ feet who touched inside from the left, and let rip from 30 yards and the ball flew over the keeper into the roof of the net. A sublime strike from Knaps who capped off an incredible afternoon for the club.

A sensational performance to kick-off 2019, and one that puts Guildford right back in the mix for a second successive promotion.