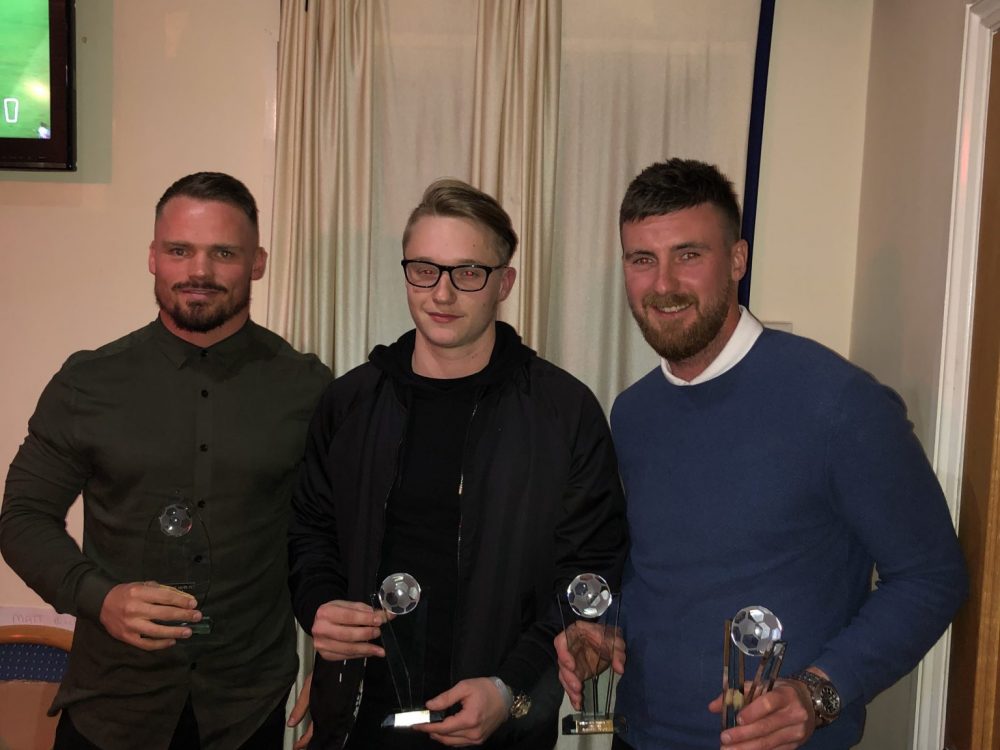 Guildford United celebrated and reflected on the past 12 months through the annual awards, where Colin made his final speeches before officially stepping down as First Team Manager.

It has been a tumultuous season, that looks like a success from the outside, but many of the group feel that it should have been even better. Despite moving up a league, a second-place finish didn’t feel good enough for the club given that the opportunity was there to scoop the league title. From a cup-perspective, reaching the semi-finals in the County Cup was a huge step forward, however, losing to Milford & Whitley in the quarter-finals of the other cup competition felt like another missed chance.

When it comes to individual awards, there’s one place to start, which is with Greg Douthwaite. Greg picked up both Players’ Player and Manager’s Player of the Season awards after an all-round outstanding season in the centre of midfield. After a year of agony through injury, Greg came back as Vice-Captain and showed everyone what he brings to the squad. A superb season for such a key player.

Top Goalscorer was, of course, Sam Carpenter who was prolific in his first season with GUFC. Carpo netted 27 times in 21 games, a sensational return for the club’s leading man. Not only has Carpo been on the end of things on multiple occasions, he’s also worked well with his team-mates by creating 10 goals for others. A key acquisition for the 18/19 season, who has made his mark.

Finally, Clubman of the Year went to Tristan Bell, who is one of the most committed members of the squad. His work-rate in training and on matchdays, his willingness to be part of squads and acceptance of certain situations has made him a clear winner. Tristan can always be counted on when called upon, and is someone who will always put in a big shift when needed.

Despite the disappointments, it has been another step forward for Guildford United Football Club, and the organisation is looking strong for the future and will look to push for promotion in the next campaign.