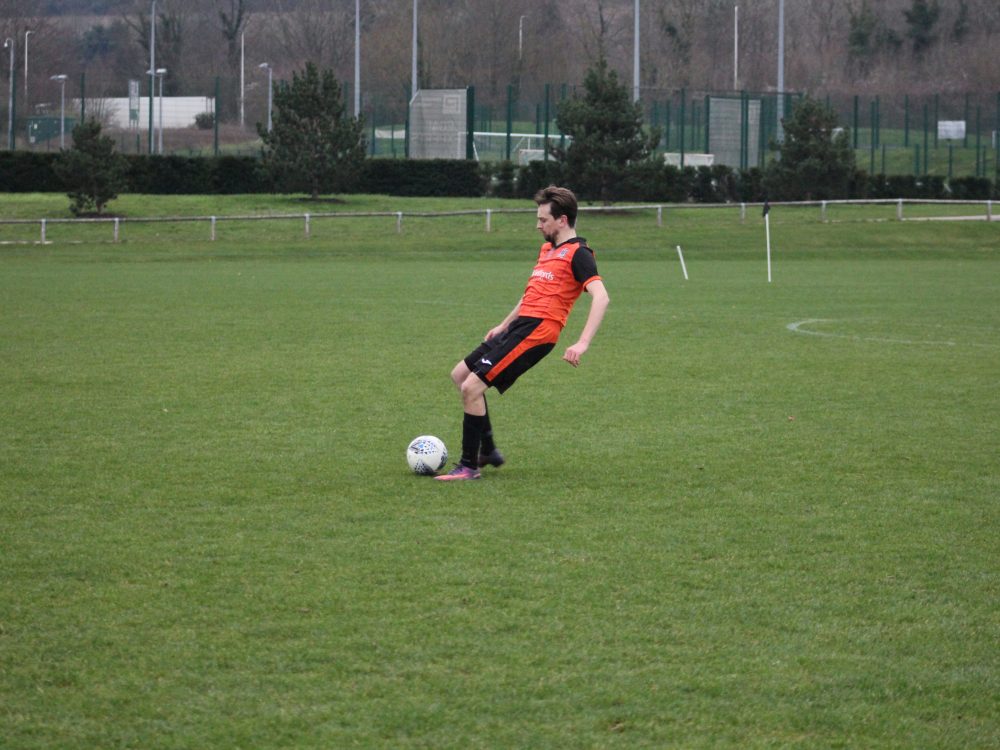 After a perfect start in the league, Guildford kicked off the League Cup against Knaphill, who the Doots beat 2-1 on the opening match of the season. A tough opponent for a first round fixture.

Guildford began the match positively moving the ball around on the new large home pitch, pushing the ball around and making Knaphill work. However, the opposition adjusted fairly quickly and began putting pressure on GUFC’s build-up play. Guildford started to rush the build-up, attempting unnecessary long-balls and speculative efforts, much to the frustration of Dicko and Truss in the dugout.

On the 25 minute mark, Bicknell finally broke the offside trap that was proving difficult to evade, escaped through and rounded the goalkeeper to finish. However, it was eventually ruled out after the linesman flagged. Despite the disappointment of a disallowed goal, Guildford finally made the break through after some pressured build-up play around the box, the ball fell to Adam who clipped the ball to the on-running Greg who was being bundled down as he took it past the keeper, leaving the ball for Bicknell to tap-in.

Knaphill were still in the game despite GUFC’s possession dominance, and eventually had their own goal disallowed, as a clipped ball over the back four was met by the winger at the back post, finishing past Malice but was deemed offside. Within five minutes Guildford had another goal chalked off after Dean escaped down the left, squared the ball into Bicknell who was judged to be offside in debatable circumstances. An eventful end to a hectic half of football.

The Doots began the second half in a much calmer manner and held the ball superbly whilst slowly opening up Knaphill. The task of getting through to the next round was made easier after the opposing central midfielder, following nonchalent pressure from LT, lost his head and kicked out. This left the referee no choice but to send the player off.

GUFC kept their cool and start shifting the ball around brilliantly, professionally managing the game as Knaphill were made to chase shadows for the remainder of the half. The chances began to pile up and the dominance finally showed on the scoreline as LT ran down the left-hand side, slipped Carpo in, who had a lot to do. He took it past two players on the edge of the box before slotting it in the far corner.

Both Carpo and Bicknell had further chances, with Bickers hitting the post when being slid in from the left-hand side once again. Attacks were coming from both wings, with LT and Tids, but GUFC failing to finish the game. With 20 minutes remaining, a vintage Tidbury break down the right-wing and cross, fell to the feet of Bickers at the back post who made no mistake.

Guildford saw the game out by dominating the ball, and continuing to create chances and time dwindled out. A second half that was dealt with excellently by the lads given the circumstances, and finished the game without a worry of conceding a goal. Victory, and onto the next round.