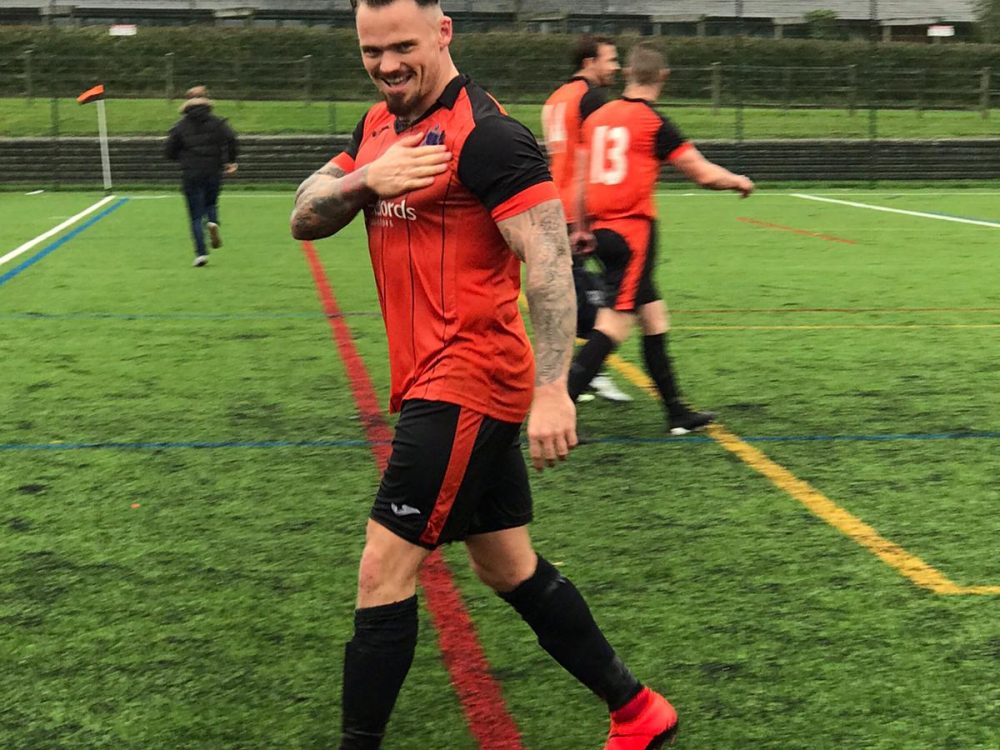 After a disappointing display last time out, GUFC lined up against Reigate-based side Frenches Athletic in the County Cup First Round. Managers Truss and Dicko announced a strong line-up as captain Greg returned to the fold in a 3-5-2 shape.

The plummeting rain gave the players a slick surface to play on, which suited both sides as they enjoyed getting the ball down and playing through the layers. Guildford began the game by keeping the ball well at the back and building many attacks down the right-hand side. However, Frenches were always threatening with through balls onto their strike partnership, going close on a few occasions, and finding themselves just offside on others.

After 25 minutes, Guildford managed to get the breakthrough after finally crafting a move that fashioned a chance, as Carpo’s back-heeled pass fell into Greg’s path who smashed it past the keeper to obtain the lead. With confidence sky-high, Guildford immediately doubled their lead as Carpo escaped down the right-hand side once again, a pressure point for the entire half, and whipped in an excellent ball which evaded the outcoming keeper, leaving Bicknell with an easy finish.

All of a sudden, with a 2-0 lead, GUFC were in charge, but this lead did not last long as concentrations lapsed. Frenches quickly pulled one back as the striker was released with a through ball and he subsequently finished in the bottom-corner. Rounding off a manic 5 minutes of football.

Guildford managed to weather the storm a little as the half played out, with the lads disappointed to have allowed Frenches back into the game despite holding a demanding first-half lead.

The second half opened with the Doots back on the front foot, causing problems by attacking down both wings, with LT on the left side seeing much more of the action. Guildford truly dominating play, building from the back and Frenches were chasing the game.

GUFC extended their lead to make it 3, when some beautiful build up play gave LT the space down the left-hand side, sliding the ball across onto the corner of the six-yard box where Bickers picked it up, shifted it past two oncoming defenders and firing in at the near post. An expert finish from Bicknell who is quickly becoming indispensable to the squad.

With 30 minutes remaining, Guildford began taking their foot off the gas and passes started to go astray. Some poor exchanges invited pressure onto the back three and GUFC started defending deep and fighting to keep a two-goal lead. After a series of corners, Frenches, through a scrappy goalmouth melee found the back of the net, and were once again back in the game.

Frenches continued to pile the pressure on, and once again a misplaced pass allowed Frenches to slide the ball through to the striker who had broken the offside trap, and Mike Ryan, with little alternatives pulled the striker back on the edge of the box as he was clear through one-on-one. Mike, as a result, saw red and GUFC were down to 10 with plenty of time left on the clock. The free-kick taker not troubling Mal with the attempt.

Despite the numerical disadvantage, Guildford calmed their play down and started circulating the ball once again, taking control of the game. Up steps Bicknell, to complete his hat-trick with by far the greatest goal the new ground has seen. After a break-up in play, Bickers received the ball on the left-hand side at the halfway mark. He shuffled the ball with his feet beating one player before cutting inside with three touches taking him away from the tracking midfielder. From beyond 30 yards, he struck the ball with power, precision and curl into the top-right corner of the net. An absolutely outstanding goal and the perfect way to seal a hat-trick.

This time there was no coming back from Frenches, and United finished the game as Bickers, terrorising the opposition defence once again, beat individuals before squaring it Vinnie’s path who made no mistake of sealing the game with his first touch of the afternoon. Frenches were dead on their feet and staring into the exit door of the County Cup.

GUFC weren’t quite finished however, as Carpo, who had been exquisite all day but without his rewards in the form of a goal, attempted to replicate Bickers’ screamer, as he too danced from the left wing and whipped the ball from 30 yards over the head of the keeper into the roof of the net. A friendly competition igniting between the two lethal strike partners!

Guildford, with possibly their strongest performance of the season, saw out the game 6-2 despite dropping to 10-men, and are through to the next round where Merrow await.